Culture Shock is a Picnic Idea

Life-Size poster created for a conference I spoke at.

Culture shock is a picnic idea.  It is the stark beauty of an open field beneath a majestic temple primed and begging for the blanket and wicker box filled with goodies.  It is the excited planning of a crisp white wine, veggie platter hors d’oeuvres, deli sandwiches, with a chance of sundresses.  It is the realization that none of this is possible.

You haven’t seen white wine anywhere; the knowledge required to find ice to keep it cold eludes you as well.  A veggie platter may be possible, but consisting only of vegetables you cannot pronounce and certainly naked without ranch or blue cheese or poppy seed dressing.  Even olive oil is curiously absent.

Those items are just pleasantries.   Simple deli sandwiches will do just fine.  It may be possible to find some bread to finagle into a sandwich.  Deli meats.  Hmm.  Deli meats.  That’s not going to happen.  Chicken would do, but it would need to be cooked and access to a kitchen presents its own struggles.

This is culture shock, “the feeling of disorientation experienced by someone who is suddenly subjected to an unfamiliar culture, way of life, or set of attitudes.”

The phrase enjoys liberal application in common vernacular.  It describes when I moved to Nashville, Tennessee, and everyone said “y’all” and drank sweet tea.  That was weird.  It describes how people in the northeast get annoyed if you stand on the right side of an escalator.  How inconsiderate. 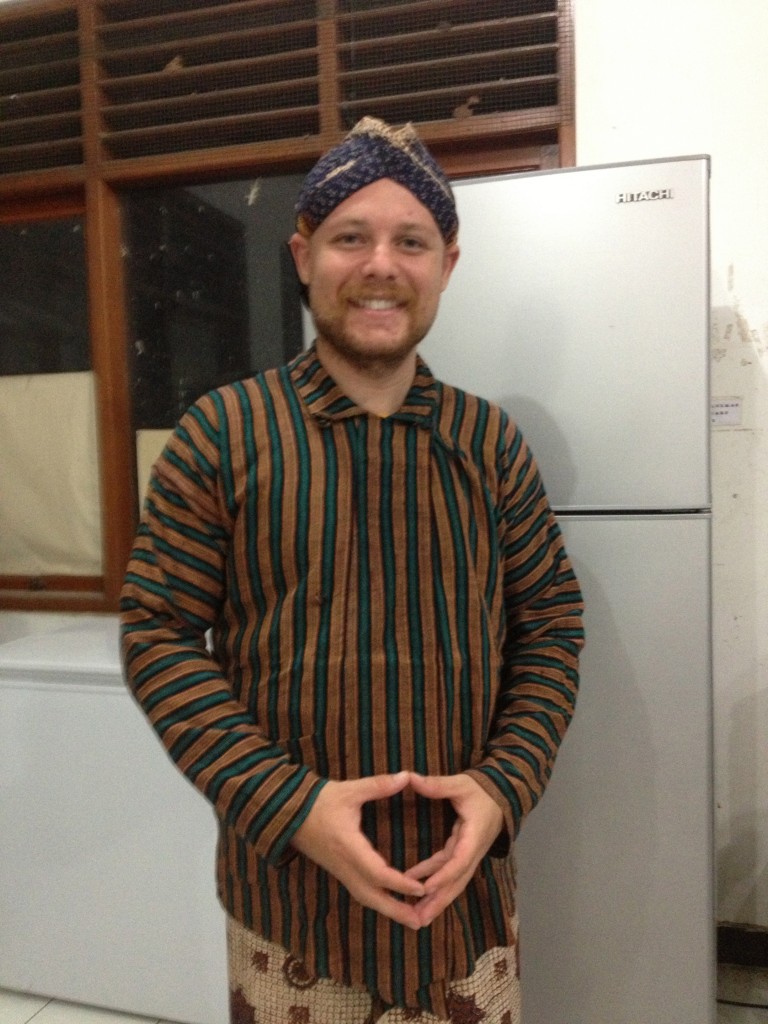 Ibu Noor purchased a traditional costume for me to wear on Jogja’s birthday.

Since moving to Indonesia, the term has blossomed into its full meaning: a feeling of disorientation.  Rather than simply meaning shocked or surprised, there are a series of other emotions experienced when going through culture shock.   Most notably are the lack of self-confidence and anger.  Something that should be quite easy for an intelligent, capable, and independent self to accomplish is impossible.

Something as simple as buying a water bottle to replenish fluids lost by a draining equatorial sun is a trial of confusion.  Does this place sell water?  Is that water or something else?  How much is it?  No, I don’t want that; I don’t know what that is.  Am I being rude?  How much is this coin I’m holding worth?  That’s not enough?  I’m sorry, here’s a lot of money, I’ll just trust you to give me the proper change. 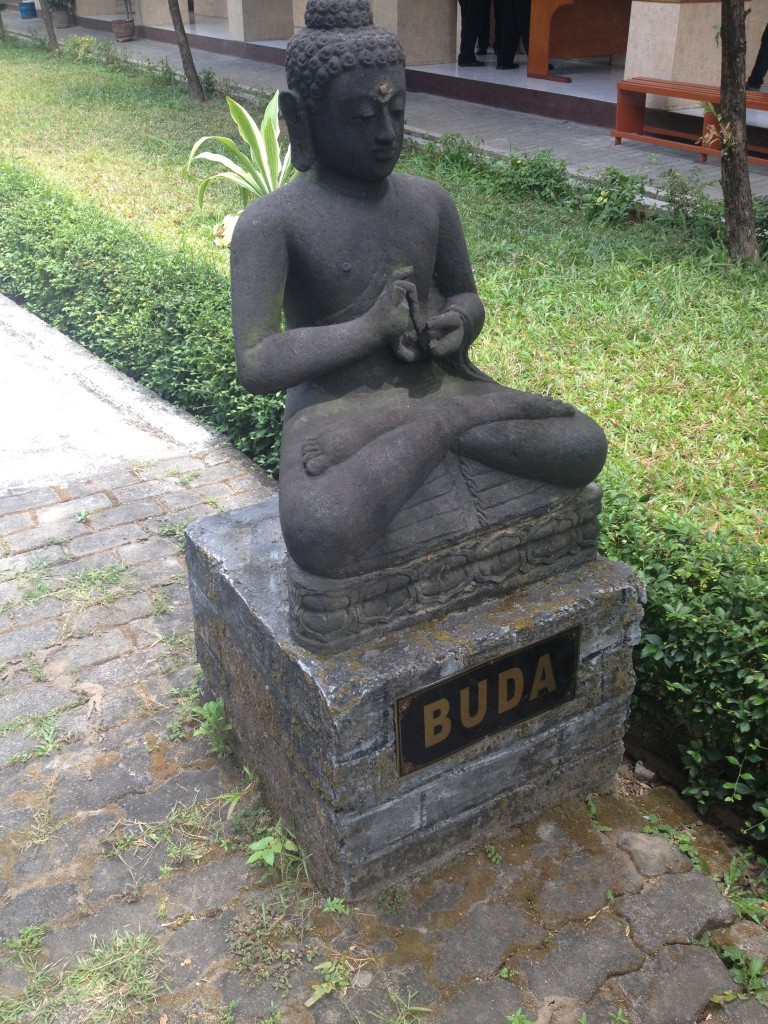 At first culture shock can be exciting.  All of these new experiences, new methods, thoughts, beliefs, and attitudes are so intriguing!  At a point, you begin to realize how little you know, how little you are capable of, challenging your western independent identity.  I dub this stage the: I’m 5 years old, lost in the mall, and I can’t find my mom. Everyone else seems to be going about his or her business casually, comfortably.  You’re a little bit afraid.  You don’t know which store she’s in.  You don’t know what to do.  You’re a little embarrassed.  Worried you did something wrong.  Worried you will do something wrong like leave the meeting spot to look for her, or forget to greet and shake hands with everyone when entering your headmaster’s office.

Mixed into this stage come the seedlings of anger.  In your disorientation you begin to place value judgments on your surroundings.  Why do they do things this way?  It’s so dumb.  It’s so inefficient.  It’s pointless.  The way we do it is better.

During our two-week orientation I heard a phrase from a returning Fulbright ETA (re-applied for a second year), “Reserve judgment until understanding.”  This has been my mantra.  Until I fully understand why something exists the way it does, I should withhold judgment, comparison.  Accompanying this mindset is the suggestion to “just go with it.”  You want me to come to your house for dinner?  Sure.  You want me to eat this chicken’s head?  Why not?  You want me to get on the back of that motorcycle and go to the beach with you?  Not going to happen unless I have a helmet.  Oh!  You have an extra for me and a motorcycle jacket.  How considerate.  Lets go!

Stepping up, and stepping into the experience is a large part of overcoming this feeling of disorientation.  You have to learn and adapt to become accustomed, and that can’t be done lying in bed watching an entire season of Breaking Bad in one weekend. I’m slowly getting used to eating rice at every meal – in fact I now come to look forward to it.  Being on the back of a motorcycle is exhilarating as I build up the courage to try driving one myself.

Some cultural elements I fully intend to bring back.  No more shoes in the house.   Lets eat on the floor together more often – a table can be impersonal.  It’s strange to think that in a year’s time I will probably experience a similar feeling of disorientation reintegrating into American culture.