Checking out the view to where I was headed. 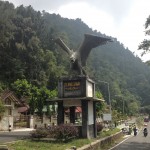 The guardian to the entrance of the mountain. 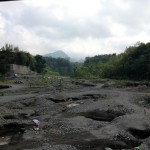 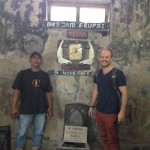 Dali’s inspiration, a melted clock stuck on the time of the eruption in 2010. 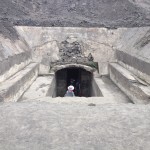 Outside the bunker at Gunung Merapi meant to protect from the flow of lava.

Inside the Bunker at Gunung Merapi meant to protect from the flow of lava. 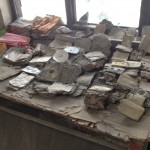 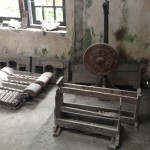 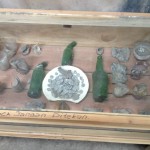 Assorted objects found at the site of a home destroyed by the eruption in 2010. 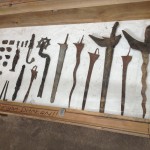 Assorted objects found at the site of a home destroyed by the eruption in 2010.

Gunung Merapi (Mount Merapi) is an active volcano hovering over the town of Kaliurang.  The town is about 25 minutes north of Yogyakarta, a lush and beautiful drive up to the base of the mountain.  I was invited to attend a conference with some of the other teachers in the town, but found myself quite incapable of participating due to my fledgling Indonesian language skills.

I decided to take the day exploring the town.  A hike, I thought, might be nice.  Maybe I would even get to see some lava!  Striking out on my own was a powerful and invigorating step.  Up until this point I had been limited to the paths of the Yogyakarta bus system (which is actually quite good).  I vaguely considered the last Indonesian volcano hike I went on where 25 ETAs took a 3.5 hour detour to a nearby town, unintentionally.

The volcano last erupted just three years ago in 2010, killing many, and leaving a trail of destruction.  In some of the pictures you can see the melted remnants of items cowering to the heat.

Next week we gear up for the Muslim holiday Idul Adha.  I am still learning more about the holiday, but have learned that it is a time when all gather to celebrate and eat.  My school has a ceremony where they acquire animals to feed those living nearby.  I am looking forward to participating, learning, and enjoying.  From what I understand it is a celebration of when God intervened on behalf of Abraham (Ibrahim) allowing him to sacrifice a lamb instead of his first-born son.