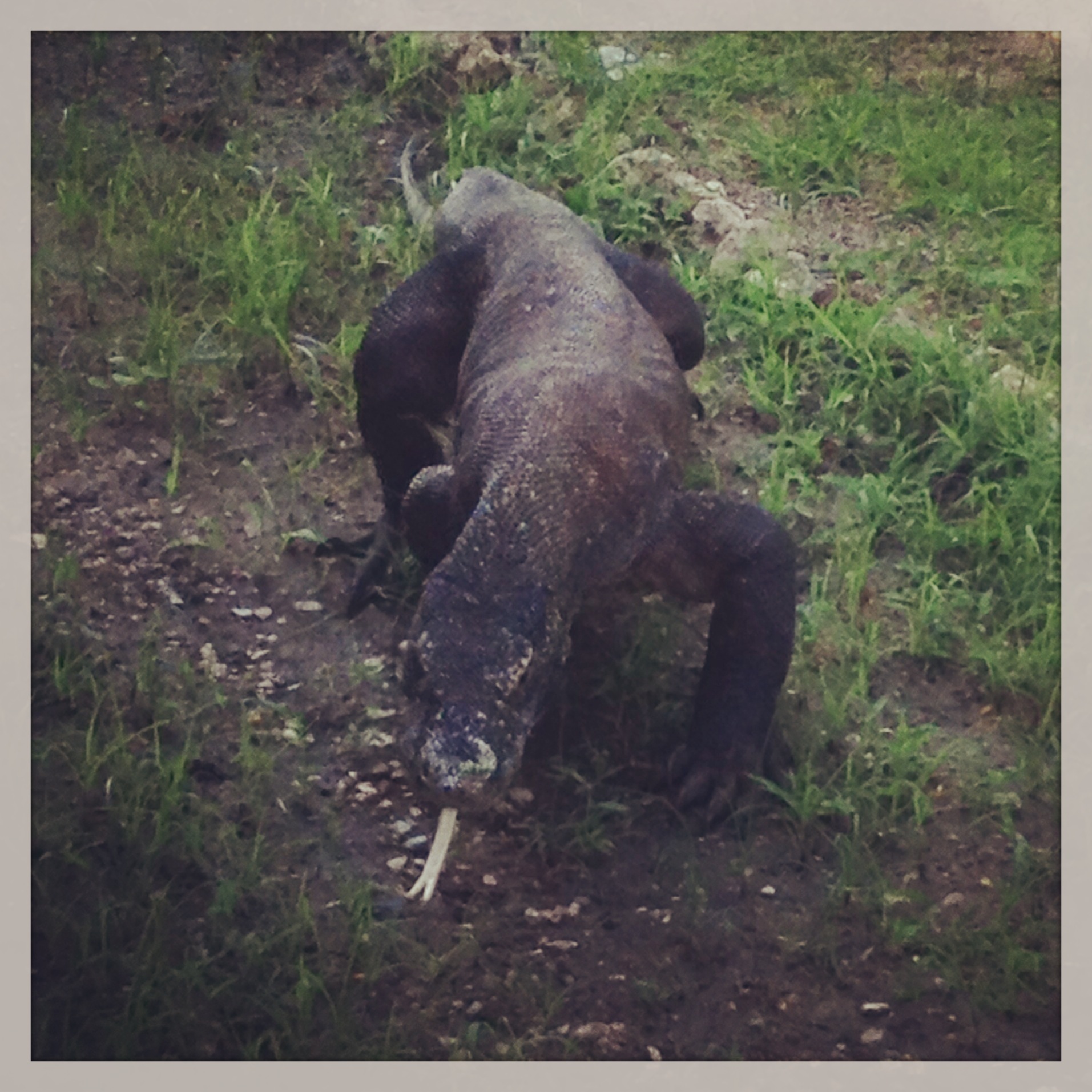 A few weeks ago I travelled to a city called Labujan Bajo on the island of Flores.  It’s a lazy harbor kind of town with one main street reminiscent of the deadwood towns of the wild west.  The only difference is instead of guns and saloons you see cameras and SCUBA diving centers.

Right off the coast is a series of islands constituting the Komodo National Park.  There is only one Komodo Island, but others, like Rinca (Rin-cha), host living descendents of dinosaurs, Komodo Dragons.

We chose to observe them on the island of Rinca instead of Komodo.  Komodo Island is a goodly distance away and usually requires an overnight stay if you are going to see all that it has to offer.  We chose to forgo this opportunity to add a few extra SCUBA dives on our trip.  However, I am a little disappointed I didn’t get to see the famous Pink Beach on the island of Komodo.

To be honest, compared to the other things we saw on this trip to these beautiful islands the dragons were a bit of a let down.  They were lazy, tired creatures, lying out in the sun by the staff kitchen, attracted to the smell.  They’re big.  They’re obviously dinosaurs, but after two epic dives and an hour boat ride through picturesque islands they looked like really big lizards.  To be sure, that’s what they are, but the magic was a bit underwhelming.

At one point I happened to be sitting day-dreaming half participating in a conversation when I look down at the path that I just walked along, and up strolls a Komodo dragon.  His tongue was poking out as he meandered along in the shade.  It was only at that point that I realized the poison and bacteria of a Komodo dragon bite could potentially kill me if not treated correctly, and at the very least would be very painful.  I was a bit nervous as I asked how fast they were, and realized they can run about 18km/hour.  Pretty quick.

If you make it to this part of the world, seeing Komodo dragons is a must, but know that there are a myriad of other beautiful things this area has to offer that will occupy your time.  The one main thing we didn’t have time for was to go to Kalimutu to see the sun rise over the beautiful colored lakes.  Fortunately, we did get to scuba dive with manta rays.  You’ll see a post with underwater shots shortly.