Fortunately, I enjoy reading, and the Fulbright crew had virtual stacks. If I were to pick one item that I most closely interacted with this year, it was my Kindle. Here is a list of the books I read in 2014 with some commentary and recommendation.

Mindfulness Precepts & Crashing in the Same Car by Ajahn Jayasaro

Vonnegut is good. He’s a genius, in fact. I would stick with his major novels though, unless you’re looking for a quick, easy, but far from light read. He is the master of dark comedy

Highly recommended. I knew very little about Malcolm X before, and realized I had a false perspective shaped by mass media consumption. I also found the historical explanations of the rise of Islam in the United States extremely relevant.

Maybe I was too old to have read this for the first time, but The Alchemist wasn’t the life-changing inspirational novel I anticipated. It was a good story with a good theme, but not spectacular.

The Foer brothers rocked my world with two completely different pieces. Jon dove into non-fiction and lays out a really good outline for why he chooses not to eat meat. For those contemplating vegetarianism, I highly recommend this piece. His brother Josh threw out this memorable story of his training and competition in the US Memory Championships. The best part is practicing the strategies he shares for improving memory.

Mindfulness: The Path to the Deathless by Ajahn Sumedho 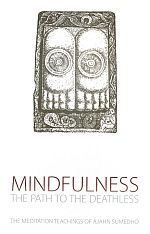 So far, this is the best book teaching and explaining Buddhist philosophy in a way that resonated with me. A gift from Wat Pah Nanachat in Thailand.

How to Win Friends and Influence People

I was in Bali – I had to read it. Surprisingly good! It was raw and honest and insightful in ways that Hollywood chewed up and ruined. At least for the section on Indonesia, she was spot on with her interpretation of Indonesian culture in my opinion.

South of the Border, West of the Sun

In Defense of Food

Vagabonding: An Uncommon Guide to the Art of Long-term World Travel

Linchpin: Are You Indispensable?

God is Not Great: How Religion Poisons Everything

The Golden Ratio: The Story of Phi

The Theory of Everything: The Origin and Fate of the Universe

I Sing the Body Electric

Do Androids Dream of Electric Sheep?

This was my first Gaiman, and I loved it. This is one of the few stories I put down really hoping there was a whole series to go through. There isn’t. The creativity of the fictional world he creates, the suspense, the shock and darkness mixed in were much more adult than I was anticipating.

The Eye of the World

A Selection of Poetry by Rumi

Odd and the Frost Giants

The House of Incest

Most Useful: Moonwalking with Einstein

Best Prose: South of the Border, West of the Sun

Most Important: Mindfulness: The Path to the Deathless by Ajahn Sumedho