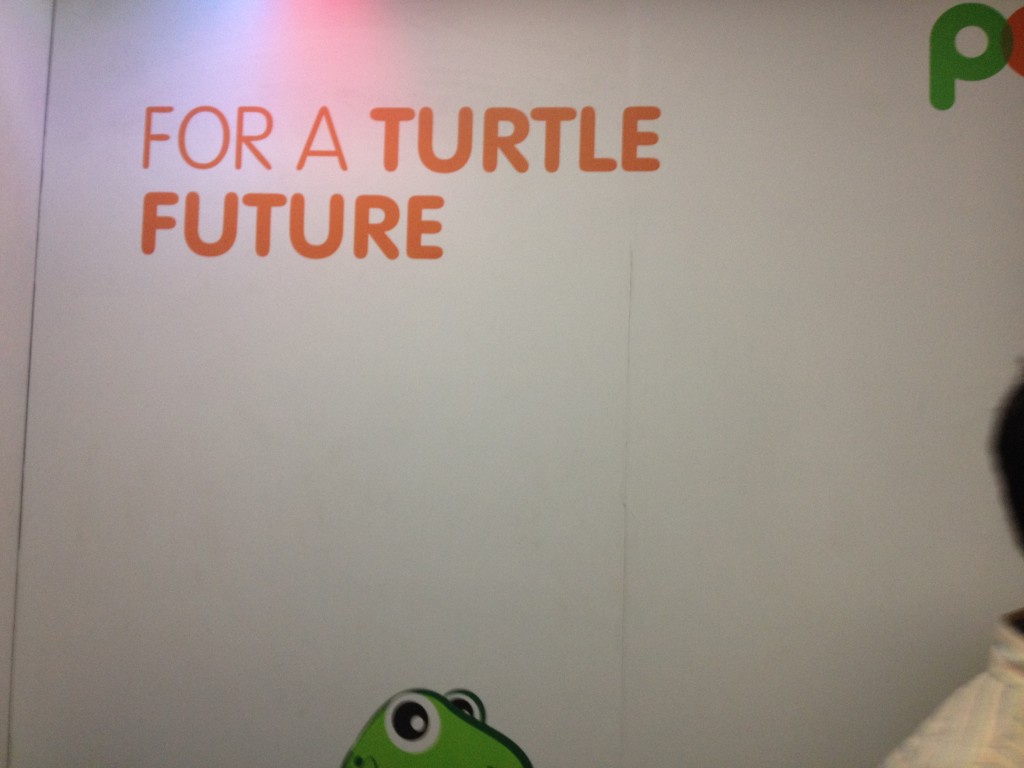 *Warning: Not Safe For Appetites*

I live around the corner from a warung, a local street-food stand that is famous for serving one specific dish. At jam 3 sore, three in the afternoon, they start building the tented structure that soon becomes a mini roadside restaurant. By 8pm they are usually sold out and have begun putting away the rusted poles, tarps and benches. They make a killing.

The warung is by far the most common way to eat here. An average lunch costs around $0.70 and dinner close to $0.85 with vendors selling anything from lotek (tofu salad with peanut sauce) to soto ayam (chicken noodle soup). Compare this freshly made food to the McDonald’s, which costs about $4.00 per meal and it becomes obvious why they are so popular.

After reading Eating Animals by Jonathan Safron Foer last month I became re-inspired to reconsider my eating habits. Before coming to Indonesia I was a flex-itarian, selective omnivore, preferring to snack on the products of trees rather than the flesh of animals. Although every once in a while a nice juicy cow burger satisfied an eating ideal that lentils and garbanzo beans struggled to compete with.

Until a few weeks ago, my diet in Indonesia reverted to eating whatever was in front of me. T his was an important adaptive mechanism that allowed me to engage with my community by eating the same foods, and opened up the options as I tasted and sifted through various traditional dishes I was learning to stomach. 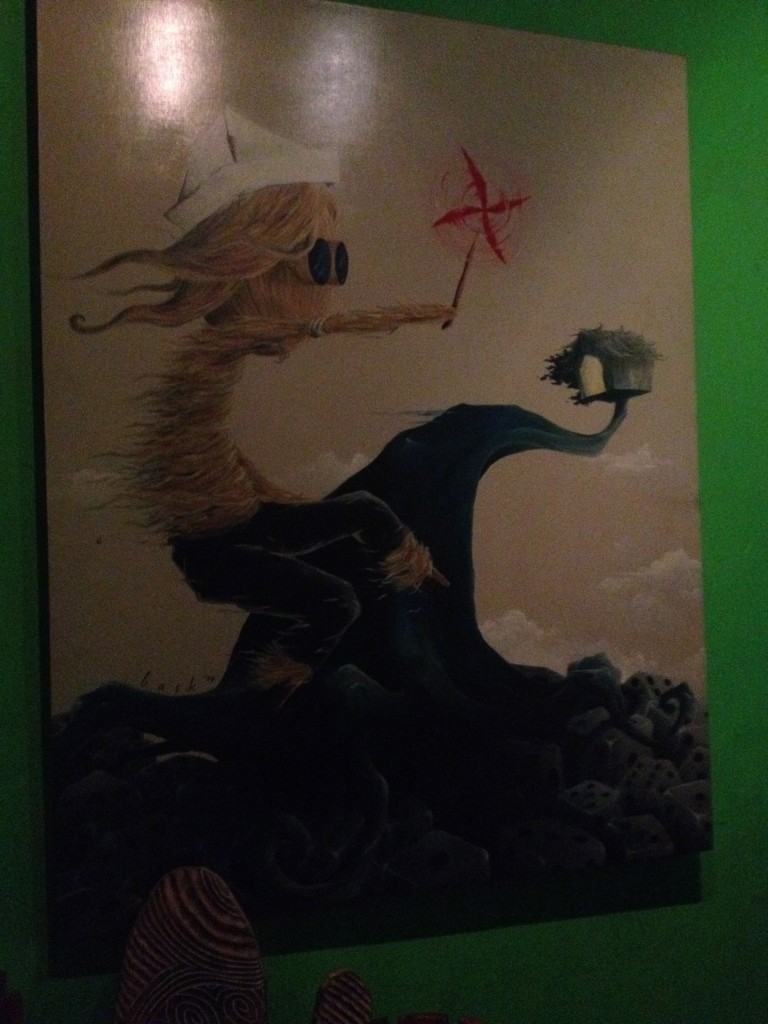 Painting in Bintang on JL Sosrowijaya

My reasons for re-converting to a more sustainable eating orientation require a longer article, but I decided to become a lacto-ovo-pescatarian. I still eat dairy products (lacto), eggs (ovo), and fish (pesce). After one month of this shifted diet here, I feel fantastic and have been fully nutritionally fulfilled.

Tonight, I decided to become a selective omnivore for one meal. I’ve wanted to try this warung’s special dish for the last few months and  I finally worked up the courage to go. This warung specializes in a Sumatran delicacy, daging anjing, dog meat. Yes, man’s best friend. Yes, I ate it.

The street out front was packed with motorcycles and people milling about sneaking peaks inside the tent looking for an open seat. I pulled up to the chef sitting over a giant pot of stew and asked if this was where I could try daging anjing. He smiled and had everyone seated at the table scoot down to open up a seat for me.

Warungs tend to be slow lonely places where people eat in silence and move on. This place was packed. Money flew in and out of the drawer like an overfilled cartoon cash box with seemingly wanton regard for safekeeping.

As I sat waiting for my Scooby Snacks I felt a bit woozy and with hyper-sensitive vision I watched those around me pour chunks of dog stew over their rice and slurp up the leftover juices out of the bowl. The man next to me served his young daughter pre-chewed pieces while his wife added more chilies to his dish.

Three bowls landed in front of me: one of sliced cabbage, one of rice, one of dog. Stealing glances around the table I deciphered the appropriate way to combine the bowls into a meal. One hand claw of cabbage placed on top of the rice. One spoonful of sliced chilies drizzled over the entire dish. Using the right hand lift the entire bowl of dog stew and pour it over your concoction.

Bite one tasted a lot like beef stew. Bite two was gritty, like the cut of meat wasn’t particularly good. I shuddered imagining what part of a dog is the good cut. By bite three I was sweating. Panicky I paused to discern the cause of my spontaneous secretion. Were the chilies too spicy? Was my body having an adverse physiological reaction to such heathenistic indulgences? Was the weather simply hot in Indonesia?

As any good vagabond would, I continued to chow down until my plate was clean. Had I not known what I was eating I would have assumed it was beef. It looked like beef. It tasted like beef. I’m not entirely sure it wasn’t beef.

I chose not to take pictures of my meal. I always go out wearing my jewelry here, and the whiteness of my skin had already gotten me a seat at a table ahead of others who were waiting. The people around me weren’t made of cardboard posing for my profile pic and pulling out the iPhone to instagram my meal would only confirm the stereotype. However, I must admit it was hard to resist the insta tagline, “Got some #puppychow for dinner tonight! Bringing home a #doggybag.”

Each time I reflect about food I think of Michael Pollan’s quote, “You vote with your fork.” He is generally referring to our choice as eaters in the United States to avoid eating factory farmed animals and “food-like substances” made of high-fructose corn syrup.

Maybe like a 2004 ballot cast in Florida, my vote is open to interpretation. Maybe, my vote doesn’t even count.